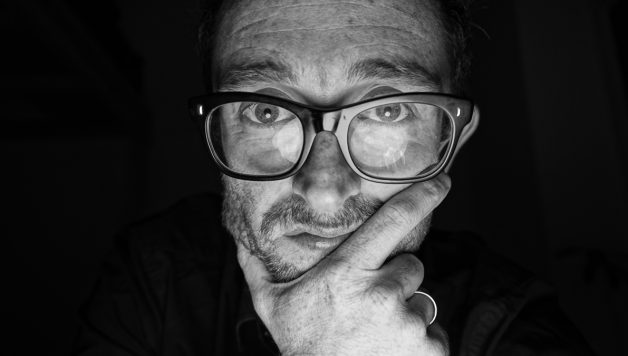 Chris just released his first single Sellotape off his second album, which deals with depression, mental health awareness and the psychological pressures of a global neoliberal ideology. So, this week on Off The Record, Chris and Elizabeth will play the song and will talk about the importance of an open discussion when it comes to mental health awareness.

Sellotape is the first single taken from the second up and coming album from Irish artist Robotnik (Chris Morrin). Plain and simple, the song was inspired by a mental breakdown in Morrin’s life. Morrin has decided to use the forthcoming album as promotional tool to shine light on depression, mental health awareness and the psychological pressures of a global neoliberal ideology.

Written & recorded over the course of winter 2011, in a basement flat in Dublin, the song is about holding onto psychological control of the inner & outer self. It’s a snapshot of tougher times in Morrin’s personal life.

It was mixed in 2012 in the infamous Funkhaus Studios, Berlin. Not being able to even face the idea of playing music publically again, Morrin ended up going on a deep reflective journey for the last 4 years in Berlin. It’s taken all this time for Morrin to even consider releasing such a harrowing reminder of his past.

A Single Release From The Irish Artist Robotnik That Is Used To Shine Light On Depression, Mental Health Awareness And The Psychological Pressures Of A Global Neoliberal Ideology.