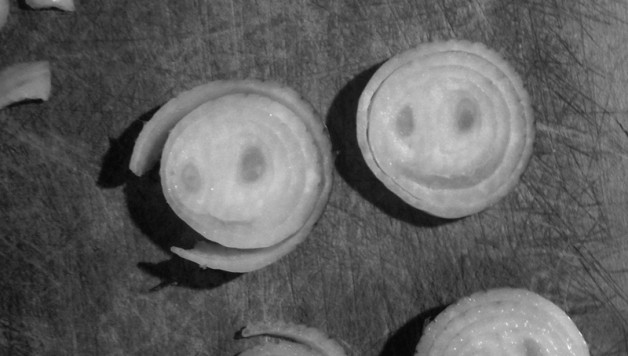 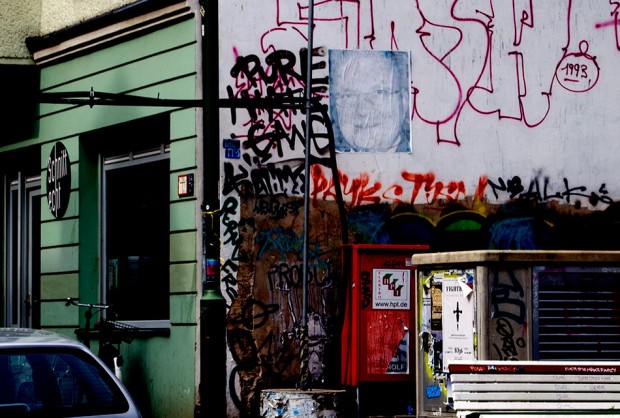 This artwork examines the Edward Snowden revelations and exposes some of the officials responsible for programs of mass surveillance or for misleading the public about them. The targeted intelligence officials in the Overexposed series are Keith Alexander, John Brennan, Michael Hayden, Michael Rogers, James Comey, James Clapper, David Petraus, Caitlin Hayden, and Avril Haines.

The dissemination of their pictures as graffiti on public walls is a modern commentary on public accountability in a time of greater demand for transparency about over-classified apparatuses of surveillance that threaten civil rights worldwide.

The selected unauthorized photographs were all taken by individuals external to the intelligence agencies, such as civilians or low-ranking officers, and they were made in informal and private contexts, such as selfies, family celebrations, and intimate situations.

Seeking photographs of governmental officials is a form of creative espionage that was conducted with hacks on social media, social engineering, and simply with search engines. The omnipresence of cameras and their constant upload of data on social media facilitates the covert gathering of intelligence, ultimately to be used for a work of art. Open-source Intelligence (OSINT) comprises intelligence collected from publicly available sources, which is then used in this artwork to satirize both an era of ubiquitous mass surveillance and overly-mediated political personas.

This conceptual artwork also considers how iconic photos of such political leaders circulate today. These photos are often taken and published by the officials themselves to promote their public images on social media in order to legitimize their popularity.

Selfies have become rhetorical devices, just as political speeches have become informal, friendly instant messages on social media. Today, framed official portraits and the experience of mass gatherings for political and military leaders are being replaced by personal moments shared in mediated personal spaces, emphasizing the familiarity of the smiles that scroll through our social feeds.

This artwork’s political satire reverses these contemporary means of propaganda, overexposing the extent to which authorities’ public image can always be captured on camera by the same information system that intelligence officials seek to control. Overexposed derides the watchers through ridiculous pictures that they lost control of, turning the tables on them and their advocacy of mass surveillance and lax privacy practices.

Overexposed’s artistic concept transcends its political discourse in favor of displaying how cultural constructs can be influenced simply through creating new contexts to circulate information. The artwork interrogates the politics of images in the contemporary mediascape, and questions how social norms are built around the means of distribution of information. New modes of circulation, appropriation, contextualization, and technical reproduction of images are integrated in this artwork as an endeavor to expand what have been crucial practices over the course of art history.

The government officials featured in Overexposed’s operation are eventually turned into pop icons when assimilated in the art world and street art subculture. Political roles aside, their faces appear familiar to us because they remind us that, ultimately, we are all victims of social media corporations, and surveillance in general. Ultimately, Overexposed’s portraits represent an historical moment of loss of privacy and a cultural shift in norms of social appearance.

The officials in Overexposed are key figures in scandals regarding secret intelligence operations, statements, and policies on bulk collection of private communications. U.S. security agencies are not constrained by democratic oversight; they undertake their programs in near-total secrecy and eventually produce extensive violations of democratic rights of people and countries. They also represent an historic moment about the unaccountability of war crimes during decades of unjustified military occupations, marked by brutal extradition and torture programs, the employing of secretive drones attacks, the militarization of the Internet, and the degradation of civil liberties worldwide.

In particular, most of these officials are responsible for intrusive mass surveillance and aggressive cyber-warfare programs that Edward Snowden’s leaks revealed. They have built an overwhelming apparatus for surveillance, misled legislators, and compromised privacy rights en masse; because of their de facto actions, the Internet has deteriorated, putting global communications at great risk.

Nevertheless, the wide circulation of their photos on countless news channels and sources of global media makes them pop figures – celebrities in the spectacle of unconditional and permanent war.