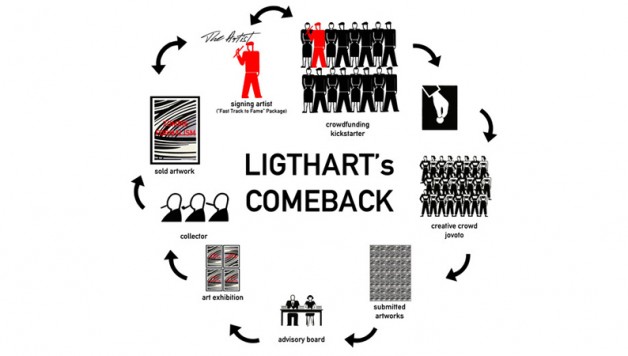 Theo Ligthart is a Dutch artist, director, writer and entrepreneur based in Berlin.
Ligthart studied philosophy and art history. At the beginning of his career, in the early ’90s, he directed short and experimental films and videos. Since then, he also publishes regularly books and essays on cultural theory and aesthetics. In the late 90s his work reinforced the use of, often video-based, conceptual installations. Since 2008 Ligthart operates the project Das Korn. It is based on the idea…

Crowdfunding + Crowdsourcing = Art
Be an artist. Join the crowd.

I need your help to re-invent myself as an artist. After years of corrupting myself, I cannot trust my own artistic integrity any longer. Therefore I want to pay the creative community at Jovoto, a crowdsourcing platform for creative tasks, to create my upcoming exhibition and restore my artistic credibility.

1. Kickstarter crowdfunding campaign is set up to finance the cost of a following crowdsourcing campaign.

2. Jovoto crowdsourcing campaign – according to a detailed briefing the global creative online community of jovoto will submit artworks.

3. An advisory board selects submitted artworks for my upcoming exhibition “LIGTHART’s COMEBACK”

4. When a collector buys an artwork, the artist will appropriate it by signing. 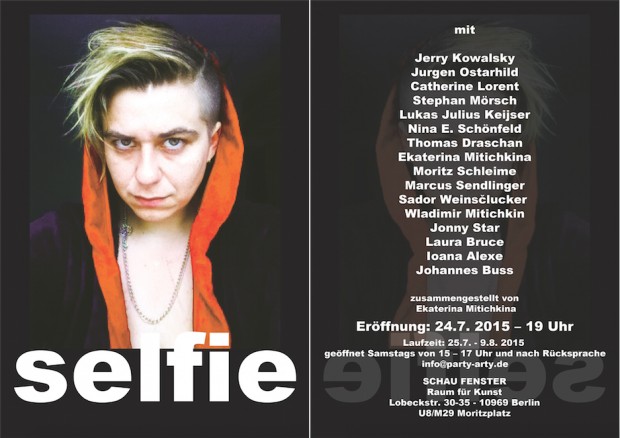